Pabalu Vehera or Temple of Marbles, is an ancient stupa situated in Polonnaruwa.

Pabalu Vehera or Temple of Marbles, is an ancient stupa situated in Polonnaruwa. It is believed to have been built by Queen Rupawathi who is a wife of King Parakramabahu. The original name of the stupa is unknown. The stupa has got its current name due to the fact the small glass beads (pabalu) were found during an excavation in the surrounding area. The top and center parts of the stupa have been destroyed presumably by invaders and treasure hunters. Deviating from traditional stupas, Pabalu Vehera has nine image houses around the stupa as opposed to four image houses usually found around stupas. 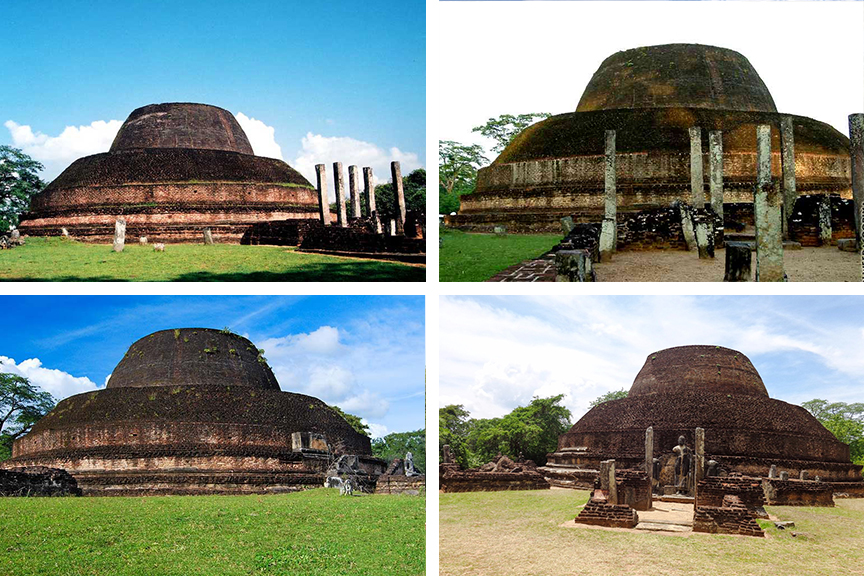 From Polonnaruwa travel approximately 3.7 km along the Maradankadawala-Habarana-Thirukkondaiadimadu Highway towards Janapada Mawatha and turn right at Gal Viharaya to reach the Pabalu Vehera.