Gal Potha (Stone Book) is a large stone inscription found next to the Sath Mahal Prasada of Polonnaruwa.

According to what is written on the stone, the stone book is believed to have been brought from Mihinthalaya which is about 50 km away from this location. This signifies the type of technology which could have existed during the time in order to bring it from that far of a distance. The stone has “Gajalakshmi carvings” which consists of the Hindu goddess Lakshmi holding two flowers with two elephants pouring water from both sides. 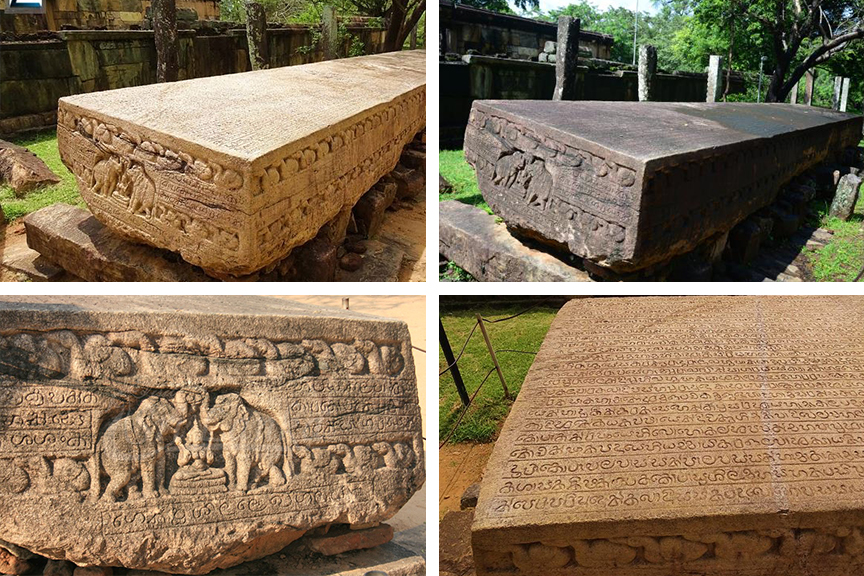 From Polonnaruwa travel approximately 3.2 km along the Maradankadawala-Habarana-Thirukkondaiadimadu Highway up to the sacred square to reach the Gal Potha which is situated next to the Sath Mahal Prasada.