An introduction to Yala National Park

Yala National Park is Sri Lanka’s most visited and second largest national park situated close to Hambantota. Yala was designated as a wildlife sanctuary in 1990 and covers approximately 979 square kilometers of ground area. Yala consists of 215 species of birds out of which 7 species are endemic to Sri Lanka. It harbors 44 species of mammals and has one of the highest densities of leopards in the world. Two important pilgrimage sites namely, Sithulpahuwa and Magul Vihara are situated within the Yala National Park.

The best time to visit the Yala National Park is in the dry season from February to June when a wide variety of animals can be spotted. As water levels are lower during this season, it is easier to spot the animals coming out to the lagoons to drink water and hydrate themselves.

The weekend calls for a huge traffic commotion due to the many vehicles entering the Yala National Park during the time. It is best to visit the park during a weekday when the traffic is much less as the park is less crowded during that time.

The Yala National Park consists of five blocks numbered from Block 1 to Block 5.

Block 2 can be accessed via the same gates as Block 1. Blocks 1 & 2 remain the most visited.

Block 3, 4 & 5 can be accessed from the Galge entrance on the Buttala-Kataragama Road. These blocks are usually accessed by visitors who want to avoid the congestion at the other entrances.

The Palatupana entrance is the most congested entrance due to the popularity of Block 1. The rest of the gates and sectors were open to the public recently. 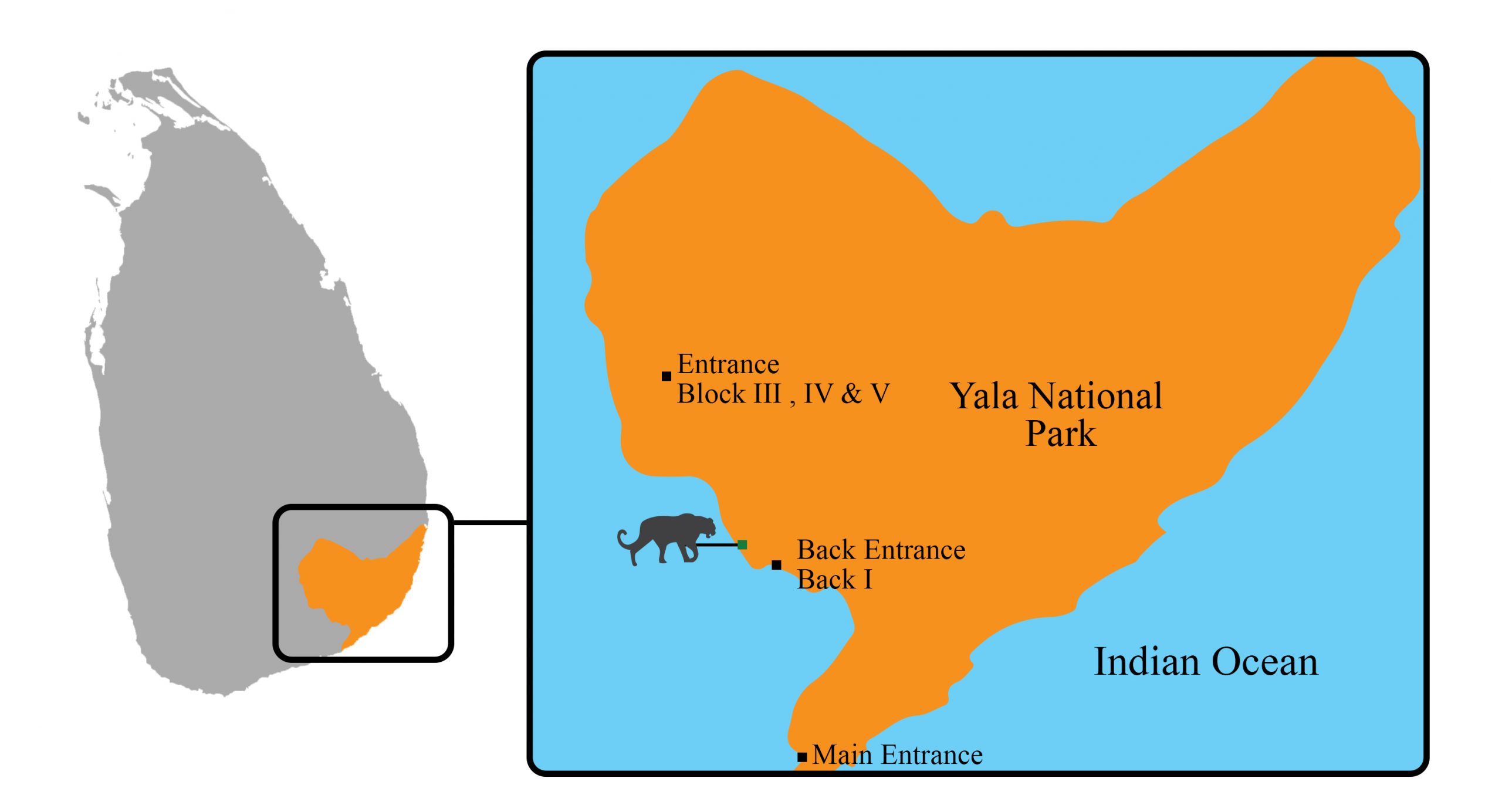 Yala National Park consists of a diversified range of wildlife which includes mammals, reptiles, birds, insects etc. The park is home to 44 varieties of mammals and 215 species of birds. Among all of the animals residing at Yala National Park the most popular ones are the leopards, elephants, jackals, spotted deer, sloth bears, crocodiles and peacocks.

There are also quite a few endangered species of animals at the Yala National Park.

There is a large number of elephants roaming freely at the Yala National Park. These majestic tusked elephants are best sighted during the dry season which is from May to August. The elephant herd at the park consists of 300 – 350 individual tuskers. These giant mammals could be spotted roaming or bathing in the lagoons and waterholes at the park.

There is approximately 215 species of birds at the Yala National Park There are 90 water birds inhabiting the wetlands of Yala and half of them are migrants. The water birds found include the lesser flamingo, pelican, spoonbill, grey heron, purple heron, night heron, rare black necked stork, painted stork and darter. Among other bird species, raptors including the crested serpent eagle and white bellied sea eagle can be sighted at the Yala National Park.

Out of 215 species of birds in the park, 7 of them are endemic to Sri Lanka.

Yala National Park is a major nesting ground for a wide variety of reptiles species. Some of the reptile species which can be found at the park include the mugger crocodile, saltwater crocodile, estuarine crocodile, cobra Russel’s viper and a variety of sea turtles such as Olive Ridley and Leatherback.

Out of 47 species of reptiles in the park, 6 of them are endemic to Sri Lanka.

Out of 18 species of amphibians in the park, 2 of them are endemic to Sri Lanka.

Getting to Yala National Park

From Galle travel along the Kirinda – Palatupana – Yala Road passing Matara, Dikwella, Tangalle, Tissamaharama and Kirinda until Hambantota to reach the Yala National Park which can be accessed through any one of the gates mentioned above. 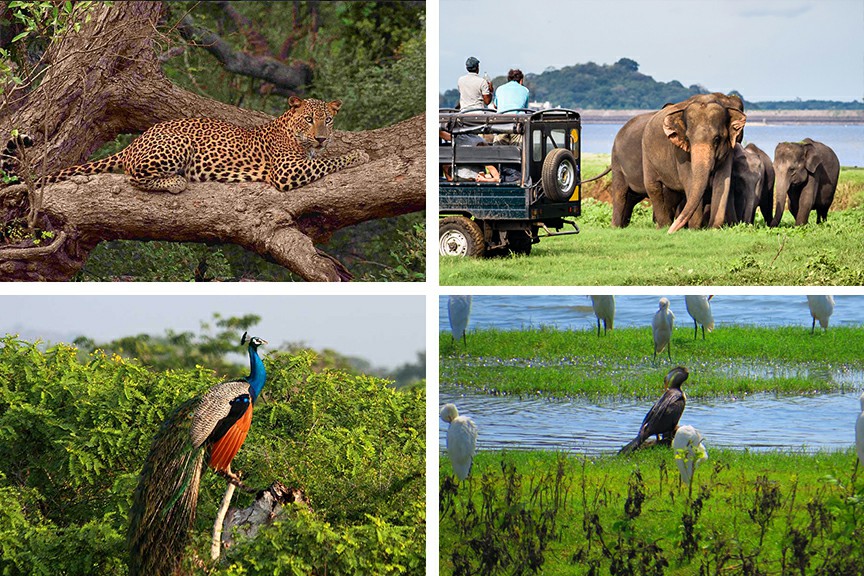 There are a number of bungalows to stay at when visiting the Yala National Park. Details about these bungalows can be found from the below website which belongs to the Department of Wildlife Conservation, Sri Lanka. All of these bungalows have been facilitated to make guests feel comfortable during their stay at Yala.

There is also an online portal through which tourists can check the availability of the wildlife circuit bungalows and book them online. Make sure to book well in advance in order to avoid disappointment.

There are many archaeological ruins dating back to the ancient kingdoms of Sri Lanka, which can be found at Yala. These ruins date back to the Kingdom of Ruhuna during 1st century BC. Large tanks such as Gonagala, Butthuwa, Banduwewa and Bambawa built by ancient kings have been used to store water for agricultural purposes. Butthuwa is the largest tank at the Yala National Park.