Tenavaram Temple is a Hindu temple situated in Dondra, southern Sri Lanka. The temple complex is also known as “Tevanthurai Kovil” or “Naga-Risa Nila Kovil”. The temple is dedicated to the Hindu God Tenavarai Nayanar, also known as Upulvan and at its zenith was one of the most celebrated Hindu temple complexes of Sri Lanka. It contains eight major kovil shrines to a thousand deity statues made of stone and bronze and also two major shrines dedicated to Lords Vishnu and Shiva. It is one of the most important and prominent Hindu temples in the southern part of the island. 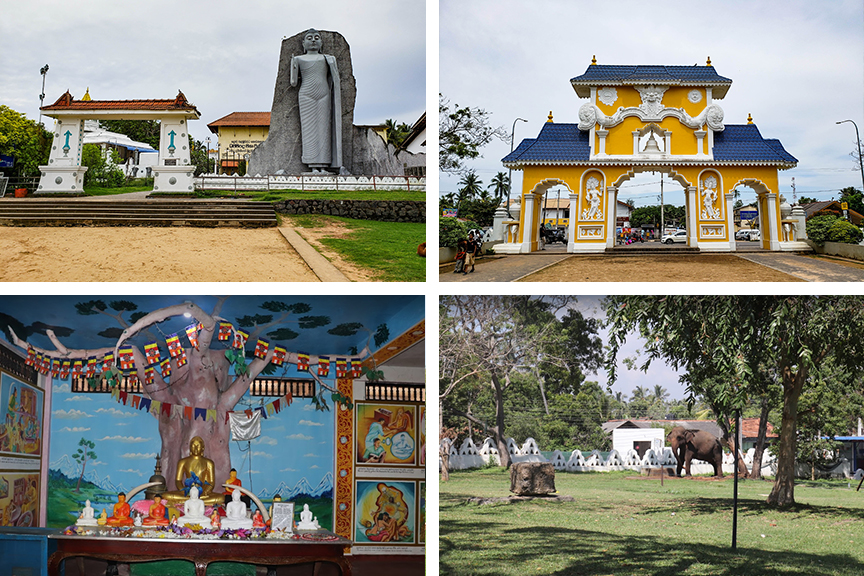 From Mirissa travel along the Matara Road passing Weligama up to Dondra to reach the Tenavaram Temple.