Rotumba Budugala Rajamaha Viharaya is a Buddhist temple situated in Rotumba in the Matara district. The temple has been built on a rocky outcrop and consists of a number of natural rock caves. This Buddhist temple is believed to have been built by King Walagamba of the Anuradhapura kingdom. Today, the temple has two caves of which a few ruins can be seen including ruins of a reclining Buddha statue. Rotumba Budugala Rajamaha Viharaya is a historic and ancient Buddhist temple located in the southern province of Sri Lanka. 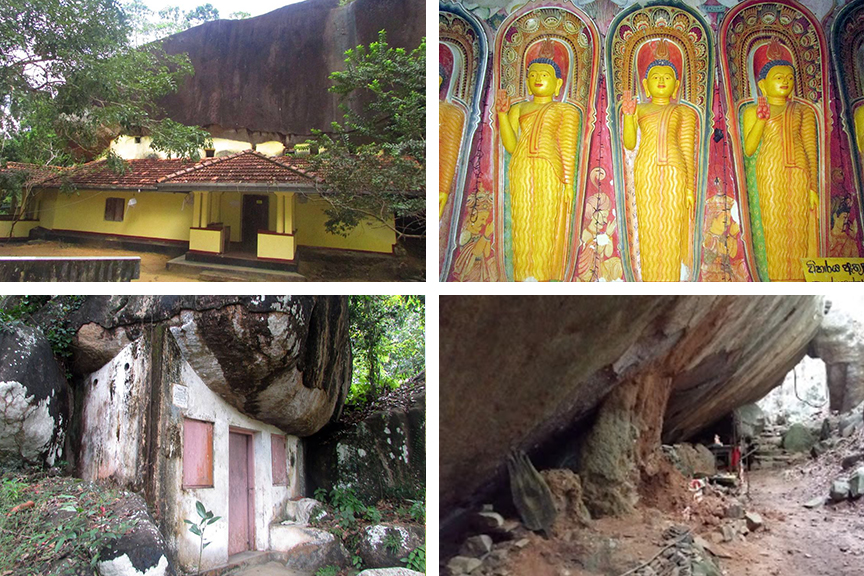