Peraliya Tsunami Memorial is situated in the coastal Peraliya village close to the Hikkaduwa town.

Peraliya Tsunami Memorial is situated in the coastal Peraliya village close to the Hikkaduwa town. It is built in a small island in the middle of a pond located close to the railway track which was affected by the Tsunami tragedy in 2004. On this tragic day the train was travelling from Colombo to Galle carrying over 1500 passengers who dies in the incident. The entire train along with engine and compartments were thrown away for the powerful force of the Tsunami waves. The Buddha statue was built close to this railway track and was done as a replica of the Bamiyan Buddha statues which were in Afghanistan prior to its destruction by the Taliban militants. The Buddha statue is visible from the Colombo-Galle Main Road and could be reached via a small bridge. It was built with the aid of Japanese donation. 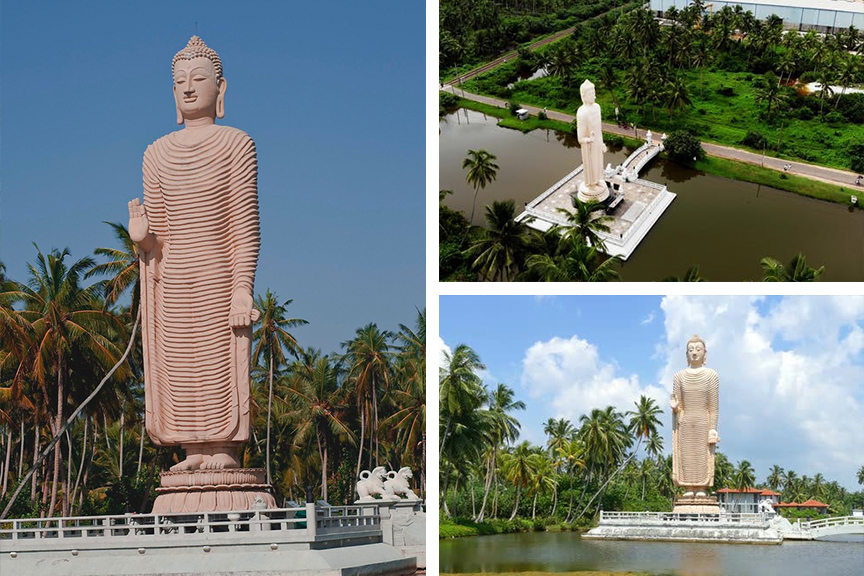