Kantaka Chethiya is a Buddhist temple which is situated in Mihintale.

Kantaka Chethiya is a Buddhist temple which is situated in Mihintale. It was a mound of Earth and debris when it was discovered prior to its reconstruction to the current status in the 1930’s. The history and construction of the initial stupa is yet to be uncovered. However, it is believed that King Lagnatissa (119-109 BC) has built a stone mantel built for the Kantaka Chethiya. At present the stupa stands at a height of 12 m with a diameter of 130 m.

Kantaka Chethiya is most famed for being one of the best preserved vahalkadas which is seen up to date. Its vahalkada is intricately detailed with special architectural features which are praised even today. The southern vahalkada is the most well preserved vahalakadas out of the four. It consists of a band of “Ghana” or “Bahirawa” (mythical dwarfs) figures in various peculiar positions. 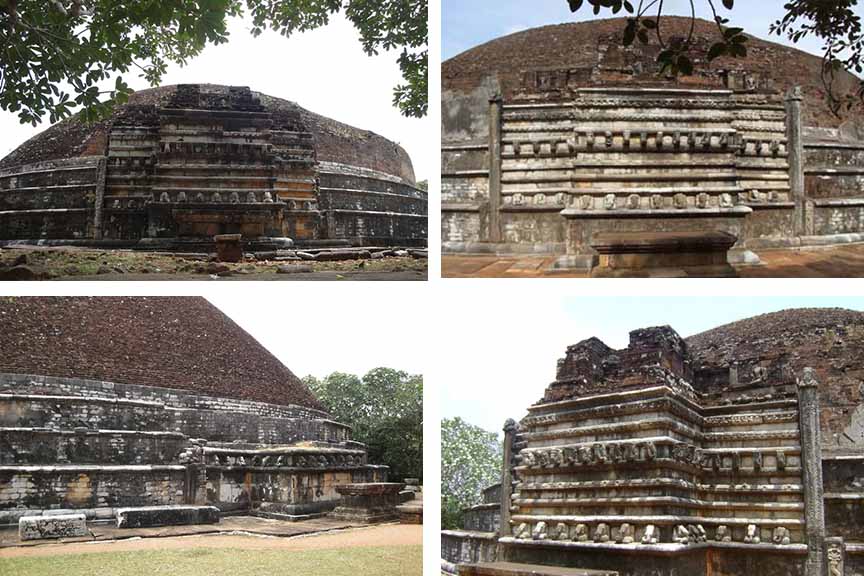 From Anuradhapura travel along the Puttalam – Anuradhapura – Trincomalee Highway and the Kandy – Jaffna Highway up to Mihintale to reach the Kantaka Chethiya which is situated along Old Road in Mihintale.