Dunumala Waterfall is situated in Uduwaka town of Avissawella in the Gampaha district.

Dunumala Waterfall is situated in Uduwaka town of Avissawella in the Gampaha district. Hence it is also known as “Uduwaka Ella” and “Alawala Devin Panna Ella”. It stands at a height of 45 meters. The area surrounding the falls bears historical and legendary importance.

There are three large caves near the Dunumala Waterfall of one which stretches for a distance of about 0.5 km. The local villagers believe that the nearby town of Ratnapura can be reached through it. Sri Lanka’s King Vijayabahu III is said to have made a home of two of these caves. According to Folklore, the ashes of Sri Lanka’s ancient King Parakamabahu II, are said to be enshrined in the Dambadeni Seya Stupa which is located in the Attanagalla Raja Maha Viharaya nearby.

On a lighter note, bearing all its historical importance, the popular Sinhala film “Siri Perakum” had been shot at the location near Dunumala Waterfall.

From Colombo take the Colombo – Kandy Road and go past Kiribathgoda, Mudungoda, Gampaha, Kalagedihena, Nittambuwa, Pasyala, Algama up until you reach Uduwaka. Go down the Algama – Uduwaka Road to find the Dunumala Waterfall. 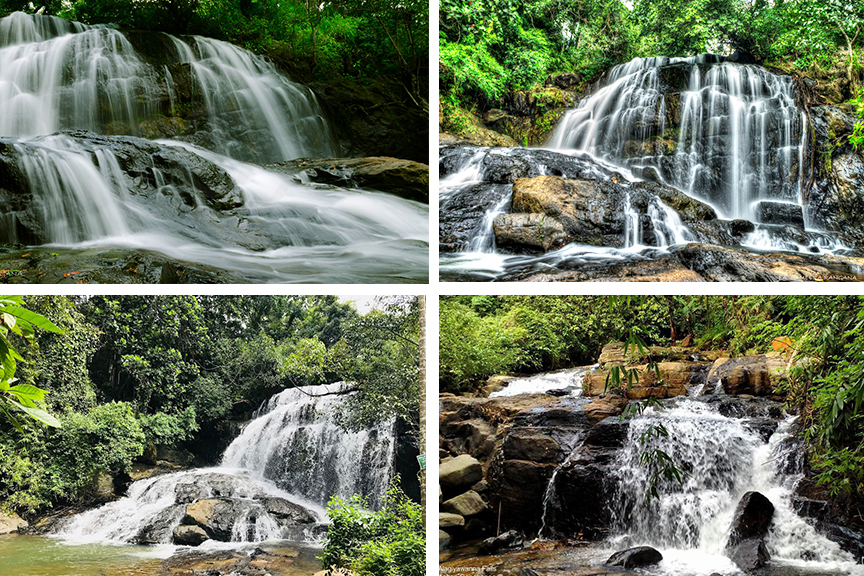